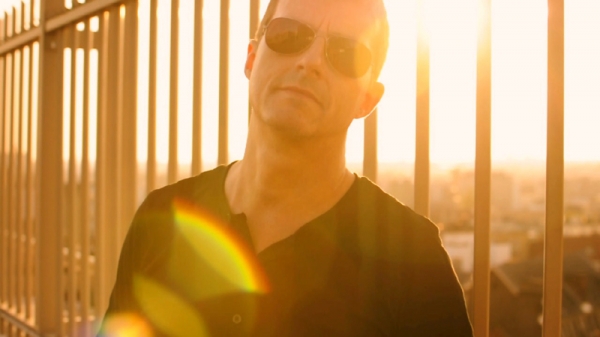 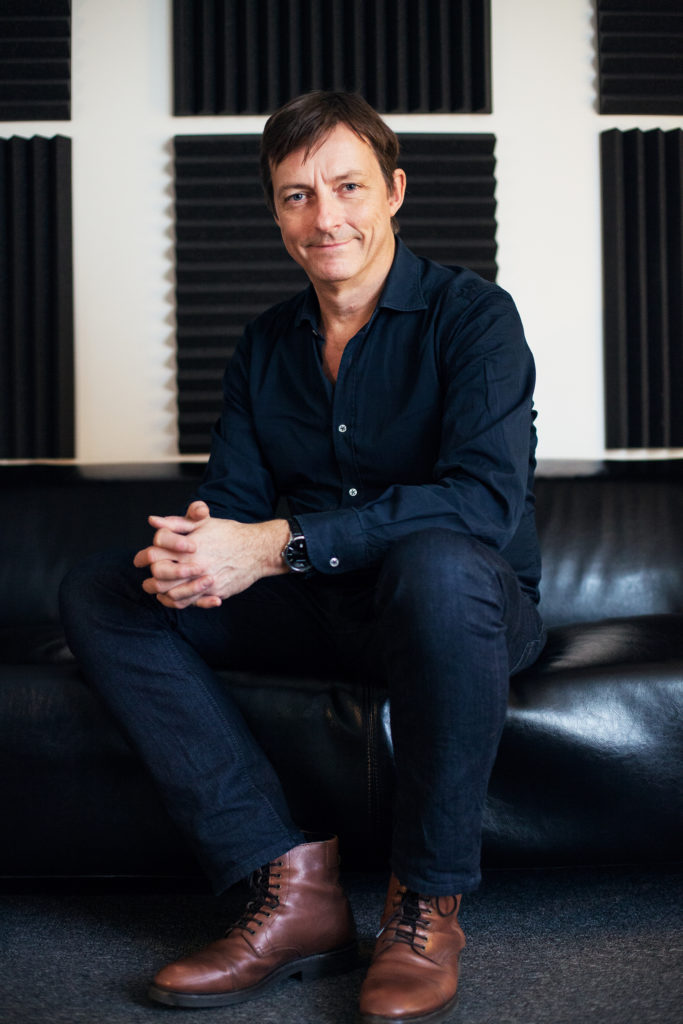 Born in Brussels in the « Golden Sixties », Stéphane Owen took classical piano lessons from the age of seven and Jazz courses when he was a teen-ager. In the eighties, he graduated from the I.A.D. (Institute for the Arts of Diffusion) where he studied sound engineering. Since his younger days, Stéphane has always showed a deep interest both in music and sound technology. He bought his first synthesiser at the age of sixteen and his first music computer a few years later. At a time where the »personnal computer » was still in its infancy, he anticipated the massive use of music softwares in the audiovisual field as we know it today.  In the early nineties Stéphane was appointed as a « in house engineer » in a big SSL studio in Brussels. It was a time where analog tape coexisted alongside digital recording. This gave him the unique opptunity the learn « old school » studio tehniques as well as sampling and digital editing.

He also worked for a music TV Show for Belgian TV during seven years, givin him to opportunity to meet many new talents. In 2000 he founded the Yello Sub Studio with keyboard player Philippe Decock. This place started as a « programming » suite and became well know from many Belgian and French artists. Today, Stéphane has many different activities in the audivisual field : writing & arranging songs, composing music for TV Series, recording commercials or producing sound designs for video games and big corporate events. However, after working so many years for others, Stéphane felt the need to go « back to roots » and he has begun to write songs for his new album « Heatwave ». The music on this album will be influenced by various musical styles : electro, rock, brasilian music, soul, trip hop, jazz, etc.

In 1991 he founded the band Owen Curtiz with talented singer/guitar player Paul Curtiz. The duo put out the Album « One World » in 1993 (T4A-Sony Music).The songs on this album reflect Stéphane’s musical influences ranging from Marvin Gaye to David Bowie or Electro pop bands. At the same time, his sound engineer career took off when he had the opportunity to work with a famous french female singer. He collaborated with her in Canada for three albums. Those records went all Gold & Platinum in Canada, France & Belgium. Back in Brussels, Stéphane continued to work as a freelance engineer for many well known artists and bands. Being a musician as well as an engineer, Stéphane became more and more interested in the creative side of his job. So he got a name has an arranger and sound programmer. Obviously, music production was the next step for him.